Forensic Architecture is a pseudo-scientific approach to legitimising fraudulent claims. At their head is Eyal Weizman who has been brought in as an advisor to a new “independent” media outlet called “Declassified UK”. What can we expect from this venture when Weizman is advising its board members? 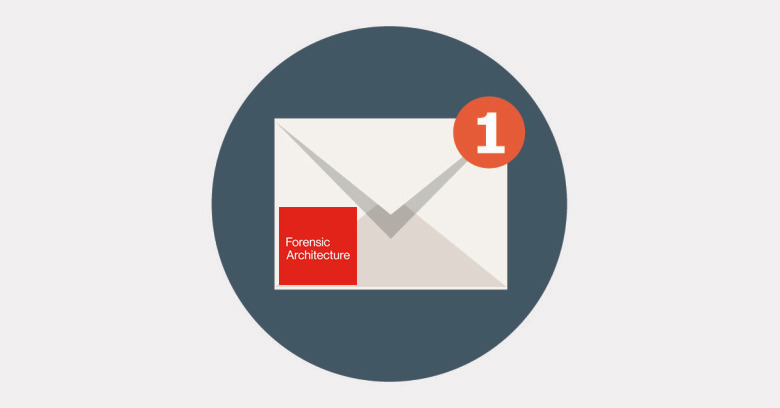 With the launch of “Declassified UK”, an “Independent” media outlet that will, apparently, act as an outlet for “Public service journalism investigating UK foreign, military and intelligence policies”, according to their Twitter profile, we see Eyal Weizman being added to the team as an “advisor”. Eyal is of course the main man over at Forensic Architecture, an outfit that has provably dabbled in fraudulent reports that supported the official UK and US government positions on what happened at Douma, on April 7, 2018, and Khan Sheikhoun on April 4, 2017.

Given that I had been in contact with Forensic Architecture over their Lataminah investigation several people contacted me recently to ask the extent of that communication and if I could confirm if Forensic Architecture worked directly with Eliot Higgins of Bellingcat for his debate with Professor Ted Postol of MIT.

The reason, I assume, for asking me this is that as Eliot Higgins is funded by both the UK Foreign Office (via the “Open Information Partnership”) and the US State Department (via the “National Endowment for Democracy”) and given that Weizman has worked on a lot of projects with Higgins confirming the UK/US claims on Syria; then what possibly could Weizman have to offer a media group that plans to ‘investigate UK foreign, military and intelligence policies..’? It’s a genuine question that deserves an honest answer.

In a previous report I took a closer look into Forensic Architecture’s fraudulent Douma “investigation”. Under the section entitled, “Forensic Architecture’s Dusty Frost” I ask a two simple questions that Weizman has thus far refused to answer: How did you manage to mistake dust for frost and will you correct your report and thus set the public record straight?

In this report I will be reproducing the full email exchange that I had with Bob Trafford of Forensic Architecture in relation to a commission they received from Eliot Higgins ahead of his debate with Ted Postol at Goldsmiths, University of London, October 20, 2018.

The graphic I attached to the email was this:

You will have spotted in the above email Trafford’s desire to seek out an old exchange I had with Higgins and then to offer up, voluntarily, a defence for his (Higgins’) “analysis”. A defence, incidentally, that Higgins himself couldn’t offer up.

We hope that our analysis of this fragment provides a possible resolution to questions that you have previously posed in relation to Eliot’s original analysis. (Emphasis FA’s)

A pertinent question at this stage is, why did Forensic Architecture feel the need to defend Higgin’s theory on this metal piece? Mind you, it does fit in with their very comfortable and close working relationship.

Moreover, Trafford’s decision to offer up apologia for Higgins’ inability to defend his own claims was also contradicted later by Higgins himself, which I detail here.

You will note also in the above email that Trafford attached 4 images to it showing how he made the evidence fit the claim. I provide them here for full disclosure of the email chain.

That was the end of the email exchange between Bob and myself and as you will see the entire exchange was carried out in a dignified and respectful manner. Then this happened on Twitter:

Note the date of my final email to Trafford, August 28. Nothing in between then he decides to drop all facade of professionalism and go on the attack. Why?

He seemed to be upset by this tweet I made:

I kept Bob’s name anonymous as I do anyone I work with unless agreed otherwise. Bob didn’t communicate with me in private and I was free to release his identity at any time but I appreciated that he made himself look unintentionally silly a few times so I decided, given how professional our communication was, to save him from any further embarrassment. He forfeited all rights to anonymity when he insulted me on Twitter.

It’s fitting at this stage to give a prime example of the sort of fraudulence that I refer to with regards to Weizman’s Forensic Architecture grouping.

This was the first image to surface from the L2 crater, as far as I’m aware, and is in fact an image taken from a video that was sent to Eliot Higgins from the scene. You will note the discolouration of the cylinder (blackening) is facing down towards the crater in this image.

Now let’s look at the underside of the crater:

The fire damage is plain for all to see. Of this the OPCW-FFM report noted:

The FFM team noted the blackening of the ceiling and the rim of the aperture from the room immediately below the point of impact (see photo above). It also noted the blackened sooty walls in the corner of the room, as well as what appeared to be the ashen remnants of a small fire. One interviewed witness stated that a fire had been lit in the room after the alleged incident, reportedly to detoxify it of the alleged chemical.

So it doesn’t take a huge leap of faith to conclude that it was the fire damage that caused the blackening to the cylinder on the balcony. However that image posted by Higgins was quickly deleted by him when he was requested to do so and later was followed by a new tweet from the White Helmets showing the cylinder rotated 180º with the blackening now pointing upwards, away from the crater.

Higgins’ reason for the deletion was that the guy’s legs could have identified him (yes, that’s what he claimed) though he makes no mention of the cylinder being rotated or how identifying the guy at the scene would have made any difference given the area was controlled by Jihadist, Jaysh al-Islam at the time.

But what does Weizman’s Forensic Architecture say of the fire damaged cylinder?

“The nose of the canister is discoloured, this is caused by a corrosive acid created when chlorine gas reacts with the water which condenses on the outside of the canister during rapid decompression.”

I tweeted to Forensic Architecture the first words that came to my mind – that that claim was purely bullshit. It’s worse than bullshit; it’s fraudulent bullshit. But it’s the sort of bullshit that the corporate media gives a pass to and helps propagate.

At the time of my communication with Trafford I was aware that Koblentz had been channelling someone at the OPCW who had a link to the DAT (Declarations and Assessment Team). Trafford unwittingly confirmed this for me. However, I wasn’t sure if Bob was being generous with his information or naive so I opted to assume the latter and thus decided to protect his identity. In an exchange with a source at the time I wrote:

Trafford (FA) confirmed Koblentz as a source on the M4000. We knew this, I was surprised Koblentz told Trafford though. It’s a tangled web with all the same players spinning. Our friend is ofc his “closed source”. Slamdunk on the M4000 spec leaks goes to you.

Koblentz had also been feeding Higgins with details on the M4000 that he received from Len Phillips and indeed it was Koblentz, I am told, that initially setup contact between his source (Len Phillips) and Eliot Higgins. As Higgins began frequenting The Hague he then made contact with another member of the OPCW who went on to help with articles for Bellingcat in recent times. That man is still a member of the OPCW. Though he has fallen quiet of late as he fears his name being released. As long as he stays that way his name will be withheld. What he did in trying to oust “Alex” and place him in danger should enrage us all who care for and support brave whistleblowers who place the truth above their careers and egos. Should he attempt to channel any further maliciousness through his useful idiot, Brian Whitaker, or anyone else, then he too will forfeit his right to anonymity as far as I’m concerned.

This also goes to show that Eyal Weizman and his Forensic Architecture are no more interested in holding the UK government to account on staged chemical attacks in Syria than they are of admitting their own role in this debacle. If Weizman doesn’t retract these verifiably false claims then it can safely be concluded that his role is to disseminate such fake information to help sell the UK FCO position on Syria and therefore we can also safely assume Declassified UK will just be an extension of this fraudulence, albeit by wearing a different disguise.

Douma was a staged chemical attack – let there be no mistaking that. Forensic Architecture worked tirelessly alongside Higgins and the NYT to prove otherwise. Today Weizman has been signed to advise the latest “Independent” media source lead by Mark Curtis. How, recruiting a man whose organisation has taken part in fraudulent investigations into Lataminah, Khan Sheikhoun and Douma that ALL supported the UK FCO position, can in some way help advance the cause of “investigating UK foreign, military and intelligence policies” has yet to be ascertained. But what is clear, is that having Weizman, who was recently refused a visa to enter the US based upon his “associations” with suspect characters, “advising” this new media group does not bode well for its future or lend its mission statement any credibility. It’s akin to setting up a pressure group against war-criminals and asking Tony Blair to advise its board members.

So between frosting that was really dust; to gas release that was hissing coming from outside; to a reaction that occurred during rapid decompression which was really fire damage; there’s enough evidence to conclude that Forensic Architecture is a fraudulent venture setup to to help prove a narrative that is favourable to NATO countries – when it comes to Syria.

You will find lots of evidence of such fraudulence from Forensic Architecture throughout this blog.

7 thoughts on “Forensic Architecture – The Emails”