The OPCW carried out a hatchet job on two of their former team leaders as they try to close down leaks within the organisation. I take a closer look. 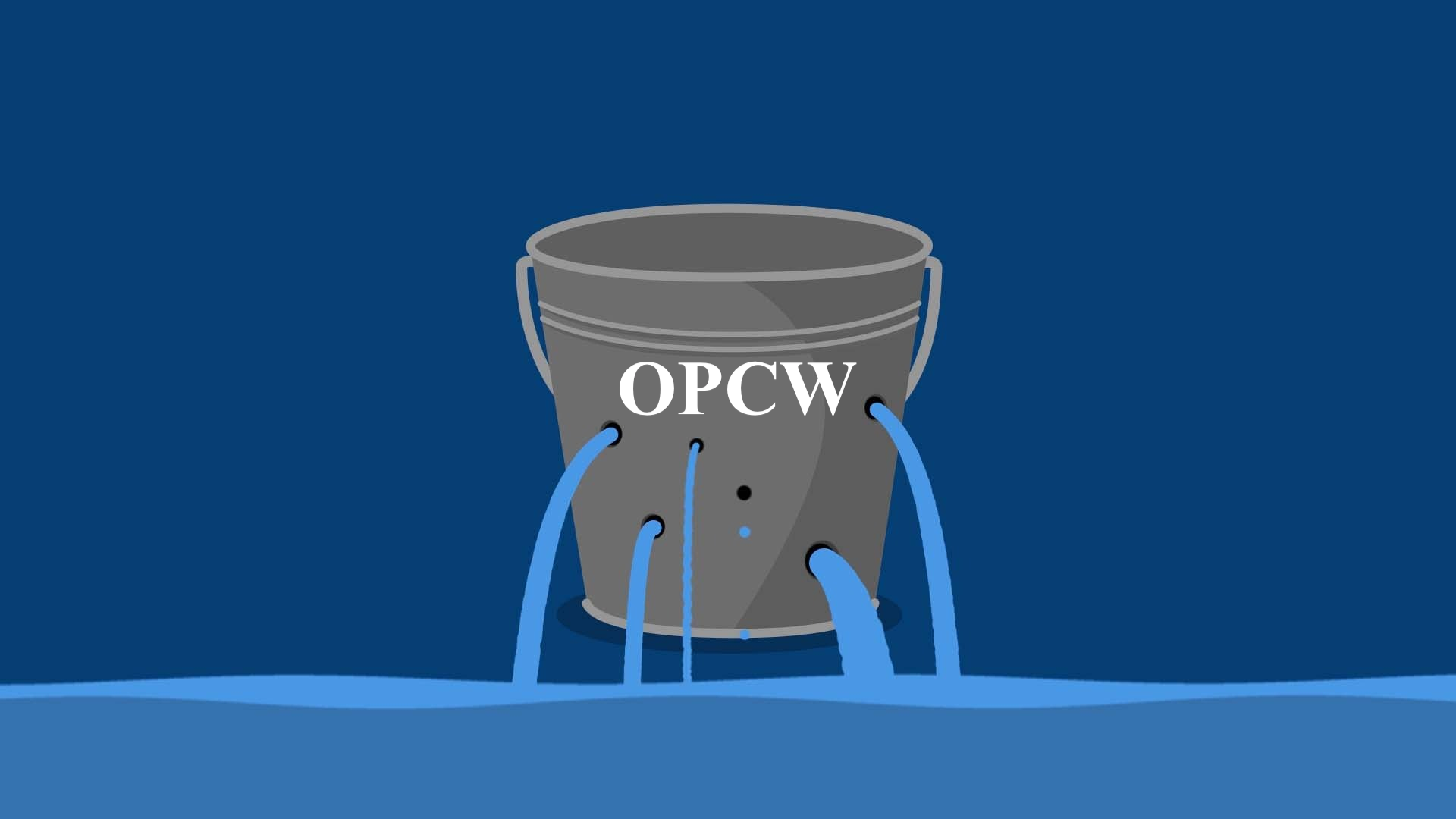 When Ian Henderson gave his short talk to the UNSC assembled audience on January 20, 2020 he finished off by adding a throw-away comment about him being the Inspections Team leader for three inspections at the Barzah SSRC laboratory outside of Damascus.

Giving that his talk was about the FFM and the Douma mission in 2018, I found this comment immediately interesting:

This set me about torturing every reliable source I had who would be close to the story:

Several hours later on January 21, I received a tip-off of as to why he likely threw the comment into the speech:

I have now received further information on the matter from a well trusted source.

Ian Henderson was Inspections Team Leader for the OPCW visits to Barzah SSRC concluding on the following dates:

I have been informed Ian Henderson was, as claimed, Inspections Team Leader for these missions; “without a doubt, there’s no disputing it he was ITL at Barzah..”

Why is that important? Well the first question should still be, why did Henderson add that comment at the UNSC meeting?

Because, revealing information to the UNSC offers certain protections to the official in question. Hence why the Douma FFM had requested to speak freely at the OPCW annual “Conference of State Parties (CSP)” at the end of November 2019. A request the Director General declined.

When Henderson gave his talk, I am told, he was fully aware of the pending OPCW-DG investigation report and he had been made aware he was being “thrown to the wolves”. Henderson received a tip-off that he was having his ‘rehiring’ role in 2016 devalued. This was why he made the statement on Barzah.

Inspector A first worked for the OPCW from June 1997 to December 2005, eventually being promoted to Team Leader. He was rehired at a lower level in June 2016 and worked at the OPCW until May 2019.

Ian Henderson claims to have been “Inspections Team Leader” in 2017, twice, and once in 2018 at Barzah. This contradicts the claim from the OPCW that he was employed at Inspections Team Leader in 2005 but was then “rehired at a lower level in June 2016..” The wording of the DG’s statement is interesting though. He says he was “rehired at a lower level” which is misleading as it gives the impression, deliberately, that he was demoted or played a lesser role.

My source has informed me that Henderson, and others, have proof of his roles at Barzah and given that the OPCW made no mention of it in their report into “Possible Breaches of Confidentiality” suggests they are trying to ignore it.

All Leaks Are Not Made Equal

In a previous report I mentioned that I was informed, in May 2019, that Brian Whitaker had been leaked the OPCW Director General’s talking points ahead of time.

Whitaker goes on to say:

According to the informed source, when Henderson’s assessment was reviewed there were concerns that it came too close to attributing responsibility, and thus fell outside the scope of the FFM’s mandate.

More recently Whitaker claims to have been contacted again;

What made it interesting, though, was the source – someone who clearly has access to sensitive OPCW information. Last May, for example, the same source revealed advance details of a speech that Director-General Fernando Arias gave a few days later. The source also provided other information around the same time which al-bab was able to confirm as accurate. (emphasis mine)

Since last June there had been no further word from the source until this week.

At the same time, Scott Lucas also claimed to have been made aware of the identity of “Alex”:

Worth bearing in mind that Lucas is an opportunist and also a proven liar on matters pertaining to the OPCW. That said, his claim does reinforce the fact the OPCW has more leaks than a Welsh allotment.

However, these leaks are not worth the OPCW looking into, it seems, for they are “authorised leaks”. Not many people would have had access to the Director General’s talking points before the talk was given. The decision to leak these points was never questioned nor investigated internally. The same source then made it his business to leak information on the alleged identity of “Alex” just under a week ago. I am told these leaks are “official” and “authorised” and that Bellingcat was also fed information from the same source with the view to targeting both Henderson and “Alex’s” credibility ahead of today’s OPCW hatchet job on both men.

These leaks won’t be investigated. The OPCW believes the matter is now put to bed. The OPCW is very wrong. The identity of the source of the information that Whitaker and Bellingcat have been receiving information from is known to me and several others. It is the same person feeding leaked information to both outlets. If I can get approval, I will release his name on this blog in due course. I believe it is vital to the debate that people are made aware of the name of this individual as it will bring the OPCW’s position on this matter into a very different light.

Closing remarks from my source, who is close to the OPCW, and reprinted verbatim with their approval:

“These leaked documents and testimony are damning Philip, they are damning, to the very heart of the OPCW and expose what can only be said is fraudulent activity. In my years around this organisation I can tell you that Douma and the team members that went there, their claims had to be demolished, a statement needed to be made that this type of “insubordination” will not be tolerated. FFM team members have expressed other concerns into other missions too. This isn’t an isolated event.”