Anonymous Twitter account @bobfrombrockley is the pseudonym for Professor Ben Gidley, @bengidley. He uses the account to launch attacks on those he disagrees with offering himself a consequence-free platform. In this article I expose his true identity. 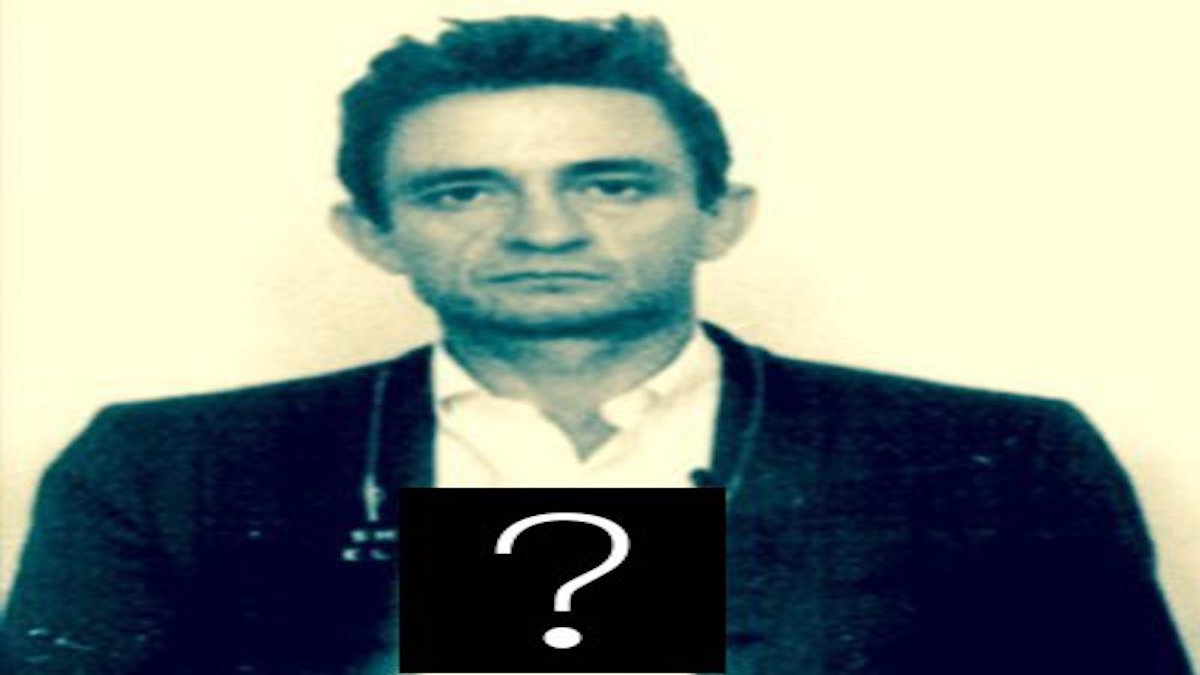 Many of you may be aware of the claims circulating that the man behind the anonymous Twitter handle “@bobfrombrockley” is actually Professor Ben Gidley “@bengidley” of Birkbeck University in London (@BirkbeckUoL). This was first brought to my attention in June 2019 during an exchange I was having with “Bob” into alleged chemical attacks in Syria and the leaks from inside the OPCW.

At the time I didn’t see the relevance in verifying whether the allegation was true or not. However, as time went on I noted that “Bob” had taken aim at fellow academics in the UK in a rather crude and derogatory manner whilst also challenging anyone that sided with the OPCW whistleblowers or who questioned Jihadist propaganda on chemical attacks in Syria. Ben himself avoided taking this confrontational position on his Twitter feed so if the charges of them being the same person were correct, this showed unprofessional cowardice, in my view. Then in January 2020, I received information from someone that has proven to be reliable in the past, and who has an association with Ben Gidley, confirming that they were both the same person.

I now began paying attention and grew ever more curious of the claim for if true, I felt, this was a serious enough matter and people having interactions with either account should be made aware they may be being duped. A university professor hiding behind a pseudonym to launch attacks on other academics because he didn’t have the courage of his convictions to make these claims under his real name? That was indeed a story, if true.

In this report I investigate the claim, look at the available evidence and ask the question, Is “bobfrombrockley” really Professor Ben Gidley and can it be proven using open-sourced information?

By the end of this report I am sure you will agree with me that the evidence is conclusive.

Why Does It Matter?

Academics who form the “Working Group on Syria, Propaganda and Media” (hereafter referred to as “Working Group”) received information from OPCW sources in May 2019 that included a leaked engineering report penned by OPCW veteran and Douma FFM team member Ian Henderson. Since then, the Working Group has come under sustained attacks from UK State sponsored pseudo-journalists and US State Dept funded Bellingcat and its tentacles. One of those tentacles is “Bob” who vehemently defends Bellingcat, and the NATO position on the OPCW.

“Bob” as a Bellingcat Tentacle

Here are a few examples of how “Bob” works in a supporting role for Higgins and Bellingcat on Twitter.

Higgins made the incorrect claim that Russia invited Ian Henderson to speak at the UN:

Here is “Bob” interjecting again to lend Higgins support. This time he is referring to himself with Higgins/Bellingcat as “us” and labelling those that criticise this “us” as “loons”.

“Bob” responds to one of the academics he regularly attacks saying he prefers to trust the OPCW, (who have been publicly humiliated by 4 of their own whistleblowers and whose Director-General Fernando Arias lied to coverup US involvement in his organisation). And to “trust” Forensic Architecture, an interesting group of enthusiasts based at Goldsmiths University in London who have also been caught producing fraudulent reports to support the OPCW findings into staged chemical attacks in Syria.

Look who is also associated with Goldsmiths.

I have shown how Forensic Architecture produced a fraudulent report on the staged chlorine attack in Douma in April 2018 here. This therefore begs the question, If “Bob” is Ben, then why was he using a pseudonym to lend support to two groups that have been shown to have been passing off lies as truth? And why wasn’t he doing it under his own name?

What I found more intriguing though is why he had decided to try and rubbish the 4 OPCW experts who blew the whistle on skullduggery with regards FFM investigations? Why was an academic attacking other academics for standing up for whistleblowers? Yet, as stated, he was doing all this under a pseudonym. Why?

Now we see “Bob” snidely make mention of “working groups” and “briefing papers” and refer to them as ‘conspiracy theorists’. “Bob” is of course referring the “Working Group” and their “Briefing Papers”.

If “Bob” is Ben then we are dealing with a rather cowardly individual who, even though he creates an alter-ego for himself to say things he wouldn’t dare under his own name, yet even under his alter-ego still struggles to just say what he feels.

Let’s start at the beginning with the basic similarities before progressing.

The following month, so did Ben.

Both accounts hail from Lewisham, London:

Both accounts use iPhones.

Both accounts share a liking to the same, obscure music.

Both accounts share a liking for the same “Marxist” authors:

Let’s now go back to November 2014. During an exchange between “Bob” and a Twitter user under the alias of “@fleshisgrass” Ben answers a question posed to “Bob” whilst removing the tag to “Bob”. To all of us versed in all things Twitterspherion we would know that to be strange as Ben would have had to have spotted the reply, untagged “Bob” and then replied.

Check out the exchange here. So who invited Ben to exchange? He wasn’t tagged in it. And where did “Bob” go to when Ben intervened? And why did Ben untag “Bob” and respond solely to “Flesh”?

Is this maybe a case of someone responding from the wrong account?

You get the idea, right?

Here I will provide OSINT data that shows that both “Bob” and Ben have 2 male kids, both the same age.

As the “8 yr old” reference in both tweets above doesn’t qualify their sex I had to dig a little deeper.

Here we see Ben refer to his “11 year old son” in 2016. Therefore in 2013 the boy would have been 8. I extensively looked into this component of the investigation as I believe it to be a solid piece of evidence. All references made from both accounts point to both identities having 2 boys, 3 years apart in age.

Any search for the term “daughter” on both accounts returns negative results pointing to neither identity having a daughter.

Both accounts share an uncanny ability to be at the same locations, on the same day, at the same time.

Did you notice anything odd about the previous two tweets? In my investigations into these accounts it’s apparent that Ben likes to broadcast his location whilst when he logs into “Bob” he likes to keep it private. Yet the reverse is true in this instance.

I emailed Ben on January 24, 2020 in connection with some of the information I had received on him and asked for his comments.

I received no response.

Before publishing this article I emailed Ben again to give him a “right of Reply”:

Why did I feel it was important to reveal Professor Ben Gidley’s fraud? First up, for me anyway, it was his cowardice that I found intriguing. Each of the academics of the Working Group are well known for writing under their own names and to have that writing reflect their honest views, regardless of whether those views get them a lot of unwanted attention. They have the conviction of their beliefs. Yet, here was Professor Ben Gidley, attacking these same academics but from an anonymous account. That had cowardice written all over it. Why didn’t this man have the same convictions of his beliefs and post under his own name when he wanted to attack academics for their bravery and honesty?

But more-so I took issue at “Bob” being rolled out to defend US State Dept funded Bellingcat as they pushed their much discredited attacks on brave whistleblowers from within the OPCW and then to attack others for lending said whistleblowers support. I hold academia and its professionals in high regard and I believe they should be defending the right of others to question authority and to support whistleblowers when they come forward. Not to attack those defending courageous people in an attempt to stifle debate and therefore subdue the information they are trying to have heard.

One of Ben’s associates also felt the same way when they made contact in January and provided me with irrefutable proof “Bob” is Ben. Unfortunately I couldn’t publish the proof because it would give the identity of the source away so I left the matter for another day when I had the time to dig through the open-source material to see if evidence could be found to support the information I was shown. I’ve now done that, provided the material above and you should be in no doubt that Professor Ben Gidley is “Bob”. I have lots more evidence I’ve gathered but I feel the point has been proven.

Whilst researching this article, and given “Bob’s” incessant defence of the group, I reached out to my source close to Bellingcat, who has time and time again been spot on in their information. This source informed me of internal discontent within the US State Dept funded project as Higgins began to sideline long time allies who disagreed with his new direction of ignoring OSINT for “unnamed sources”, those sources being from Intelligence Agencies. Higgins took to Twitter to rubbish my claims. But bizarrely actually published a tweet from me that proved my source was correct, that there was internal discontent and that Higgins had sidelined longtime allies!

As my tweet is not fully showing, here is my RT from “Daniel”:

Only in Higgins’ world could he take evidence proving that someone is right and then try to use it to prove they’re in-fact wrong. Crazy. Though maybe that’s what he means by the Bellingcat Slogan: “Truth, in a post-truth world”?

Gratefully, the person he was tweeting at set him right about the stupidity of his argument:

That same source also confirmed to me that “Bob” is Ben and that they’re confident Higgins has been aware for some time.

I’m the first to accept that unnamed sources are not very OSINT friendly and I have continuously qualified my use of same by asking that you judge their information and whether it is proven true or not and make up your own minds. So far any information I have been provided of events yet to unfold has been 100% solid.

In closing; the evidence points to Professor Ben Gidley as having cowardice tendencies and to be a person absent the courage of his convictions. Professor Ben Gidley is @bobfrombrockley and he uses that account to show support for Bellingcat whilst helping the group attack academics and anyone else that dares lend support to Whistleblowers.

6 thoughts on “Who is “bobfrombrockley”?”